as usual, the best part for me, is to share the making of the book with you :)
this book is the second book in the series "Haltabees" so i used the same mixed media technique that i used in the first book. however, the color palette is brighter and less contrasty. 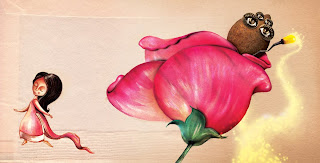 a basic version of spread 1 inside the book. later, i changed the hierarchy of the elements to give more importance to the "Kebbe", a traditional lebanese food item. i added more depth to the illustration by adding the blurred background and the light with uniform shadows on all other elements. 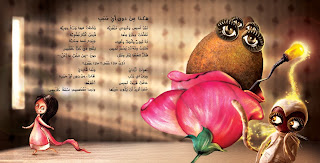 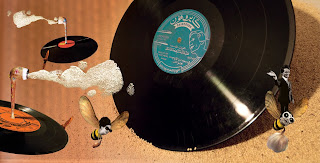 in spread 2, "Abd l Halim Hafez" was mentioned in the text and i was lucky to have bought before this disc from an old library in Hamra so i took a photo with the sesame background. however, i was not happy with the foam effect. 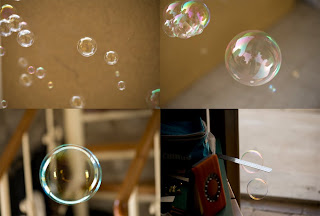 chasing balloons in the studio was hectic. but at the end, i managed to avoid blurry photos. tx Kevin :) 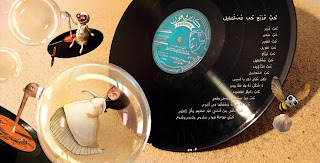 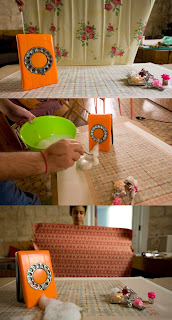 i wanted to illustrate a telephone so i used this vintage phonebook that i bought for free from Jounieh, where i live :) i changed the original latin numbers into arabic numbers with a twist of love. 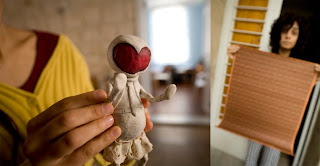 taking photos of Haltabees was a main step in the process, but it was harder this time coz Haltabees, the clay character is getting older so the clay is becoming dryer :s
i used different patterns from gift wrapping for the background of the illustrations.
tx to Hanane & Ashley for posing :) 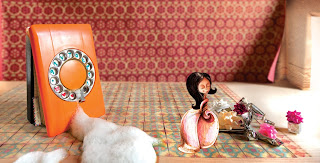 spread 3 before applying textures to Lamees and without Haltabees. 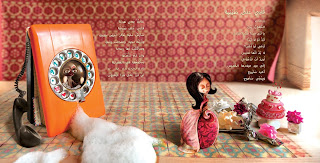 some Luxury objects found in a shop called "Tansa" in Jounieh. the owner of this shop was not sure about my interest in Dentelles :)
to the right, the making of the castle done from cardboard and clay. 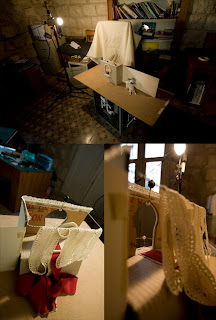 finishing the castle but from one view only. you can see the mess from other views. 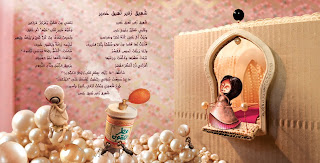 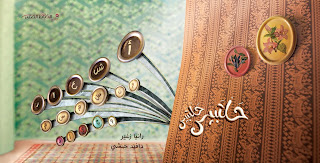 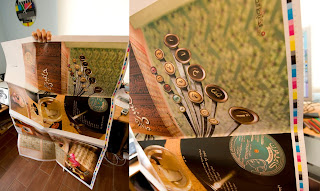 the sherpa proof from the printing press to make sure of the colors. 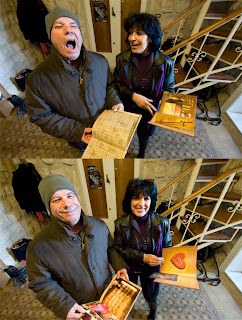 za parents checking the printed book but it seems they are more happy with the camera than the book. 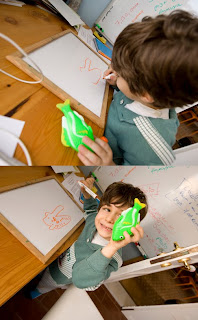 the biggest assistant ever Mr. Pierre Boutros.
a BIG thank you for Hanane Kai who assisted me in the research and illustrations for this book. i love u Hannouch !